How To Be A Ladies Man – Love Like Gollum

It’s an odd “analogy” and one I cannot take credit for.  Sitting in a chair at Victory: Hamilton Mill Church I listen as Pastor Johnson Bowie says,

“You could look like Gollum and if you valued women the way God wants you to, you’d be fighting them off with a stick”

He was specifically addressing single guys at this point.  However, his comment made me think more about this analogy.

I won’t spend a lot of time here, but for those that don’t know (fanboys this is just a synopsis) – Gollum was a character from the Lord of Rings series by JR Tolkien.  After Peter Jackson’s movie everyone has heard of Gollum that has watched a TV in the last 10 years.  The character Gollum was obsessed with the “RING” kept calling it precious.  His entire life was consumed by this ring.  In fact, the character from the movie was originally the same as the “Hobbits” showing his complete disregard for his own life.

As men we are often consumed by the wrong things.  Success, work, intimacy,  hobbies and really everything else that doesn’t matter.   For me, it’s easy to be consumed by those things.  I can set goals and achieve them.  I can be objective in these arenas.   All of life that actually matter is essentially a goal-less pursuit.  You can’t put a goal on spending time and growing a relationship with your children or your spouse, there’s not pinnacle of achievement for the ultimate marriage.

Imagine for a second if men were consumed with following Jesus like Gollum was following that ring.   You’d talk to yourself about God, pray, sing praises, desperately cling to every remnant of His Word and help others do the same.

Imagine if you valued and treasured women in the same way.  The Bible tells us to love our Wives the way that Christ loved the church.   Christ laid down his life for the church.  I always took this to mean protection for my wife.   The reality hit me on Sunday – thanks to Gollum.

We’re called to lay down our selfish desires, hobbies, “cave time” and anything else that gets in the way of our pursuit of this ultimate human relationship.  Of course, that’s easier said than done.

What do you think?  Do you think that we should passionately value women the way Gollum valued the ring? 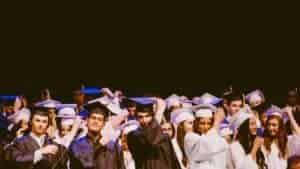 Is Jesus All We Need?