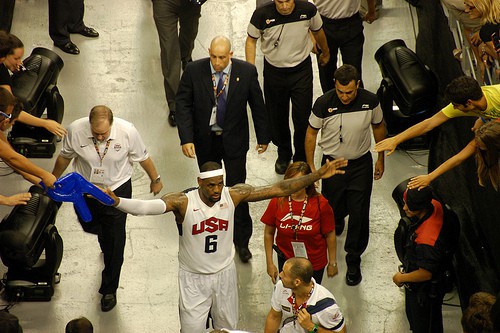 Isn’t it odd how the juxtaposition of screens at a gym gives you a weird little insight into our world?

I’m warming up on the treadmill, ready to go hit the weights and before me are three screens. On one pops up the discussion from sports analyst of whether Lebron James is better than Michael Jordan.  I’ll share my take in a minute.  While this is riveting discussion, I’ve already made up my mind and so I scan right past screen number 2 (the hoover infomercial) and land on screen number 3.  On this screen, we have Joe Biden encouraging the people of North Carolina.  There’s really only one problem with this… he’s in Virginia.   He had made a mistake on where he was geographically at that time. (Ironically, Biden Gaffes is a hotly searched for term on the internet).  Then, of course, was the coverage of Atlanta’s own Beltline miss-use of funds.

This all led me to the absolute conclusion on who was a better basketball player and what our country needs most. 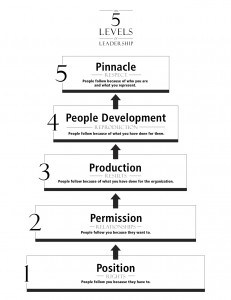 Jordan was and is the greatest because of his leadership.  The stories around Jordan are legendary.  According to multiple books, stories, and interviews, Jordan would goad, ridicule and threaten to motivate the team.  He was so confident in his own ability that he even went to the opposing team’s locker room to talk “trash” to them.  I’m not suggesting for one moment that we should emulate that style of leadership.  However, what’s clear is Jordan often would will his team to victory.  What’s astounding is that Jordan’s teammates were never the same without him.  They were all-stars with him, but when he left so did their apparent skill.

Lebron is likely the most athletic player ever. However, it’s very rare that the best physically is also the best player in a league.  The key difference is the level of leadership ability.   In John Maxwell’s book, the 5 Levels of Leadership he talks about the different leadership plateaus and their varying influences and what’s required of the leader.

It’s my guess that Jordan was at least a Level 4 Leader described as: “People Development: Reproduction – People follow you because of what you have done for them.”  Take all the off the court stuff on Jordan, it’s clear from the stands that this man was focused on winning and understood that the play of his team needed to elevate in order to achieve this.  I’d also guess that James is likely on Level 2 or 3 with his team.  That’s not really a knock on James though.  It’s clear from the leadership master, Maxwell, that you must start over every time you are with a new organization or team.  John Maxwell may be the only person that could join a team immediately at level 4 or 5.   So for the record – Michael Jordan is still the greatest.  When James wins 6 championships, we’ll talk again.

It’s also clear from our government and to anyone who’s ever hired anyone, that the number one thing missing in our society as a whole is leadership.  It’s the one skill that can be learned that isn’t being taught that is so desperately needed in all areas.  Making a verbal miscue doesn’t count you out as a leader, and this a political soapbox, but clearly as I watch the ads for this year’s election my heart sinks because there doesn’t appear to be a Level 5 leader in the bunch.

Get My 2020 Vision Casting Guide

DISCOVER A SIMPLE SYSTEM TO A BETTER YEAR

Plan for your best Year Ever

no thanks, next time.